The role of Lambda sensors explained

There are several technologies currently in use with regard to Lambda sensors the most common being known as a binary sensor. This utilises a solid state electrolyte made from the ceramic material zirconium dioxide (ZrO2). A useful property of this material is that when it reaches a temperature of about 350°C, it becomes permeable for oxygen ions (not the gas). The outer surface of the sensor element is in direct contact with the exhaust gas whilst ambient or “reference” air reaches the inner surface.

As soon as a sufficient temperature is reached, oxygen ions can migrate from the reference air side towards the exhaust gas side where, as a result of the combustion process, a lower oxygen concentration (partial pressure) exists. During this migration through the element, electrons are absorbed by the electrodes. The result is a potential difference on both sides of the element.

If the engine burns a lean mixture the sensor produces a voltage between 0 and 150 mV. A rich mixture creates a voltage of 800 to 1000 mV. As the point stoichiometric point is passed the voltage jumps abruptly, giving a nominal output of either Zero or One Volt. This gives rise to the term “binary” sensor. The sensor signal oscillates around the ideal value of λ =1 with a frequency from 1 to 2 hertz and thus “informs” the engine management about deviation from the ideal, stoichiometric mixture.

Early designs had only one wire that being the signal output and used the heat generated by the exhaust gas to reach their operating temperature. The second generation had an isolated ground connection and therefore two wires. This feature made the sensor output immune to ground loop voltages and also to large resistances in the vehicle ground return, caused by corroded connections.

As environmental regulation became more strict, the sensor was equipped with an internal heater to reduce the period of time elapsed before the sensor started to function and now had at least three wires – one for the sensor signal and two for the heater supply and ground. Most of the heated sensors now have four wires as they require a separate signal ground connection (ISO-HEGO)

Another less common variation is the Titania sensor. This ceramic material (titanium dioxide, TiO2) used in this sensor has the useful property that the internal resistance value changes greatly dependant on residual oxygen content, especially as the stoichiometric point is passed. This sensor requires a voltage supply which can typically be 1.0, 3.3 or 5.0 volts depending on the strategy employed by the OEM. Its output is similar to that of the Zirconia type depending on applied voltage.

Sensors that can allow an engine to operate away from stoichiometric are useful for cars using a lean burn technology and wideband sensors were developed for this use. NTK wideband sensors, identified by having five wires were first used in significant volume production from the mid-1990s, when the first generation of lean burn engines appeared The wideband sensor generates a signal, directly proportional to the residual oxygen of the exhaust gas. In order for the engine management system to understand this output an NTK ASIC (Application Specific Integrated Circuit) or “chip” must be incorporated into the vehicle’s ECU. 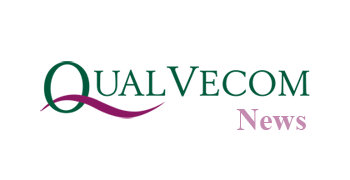